1968 was the year that Schwinn released its Krate Sting-Ray bikes that swept the planet like wildfire. Back then it sold for $86.95, a very very high price at the time for a bicycle. So, a lot of kids weren’t lucky enough to get a Sting-Ray for Christmas, but for some big kids there’s still hope! 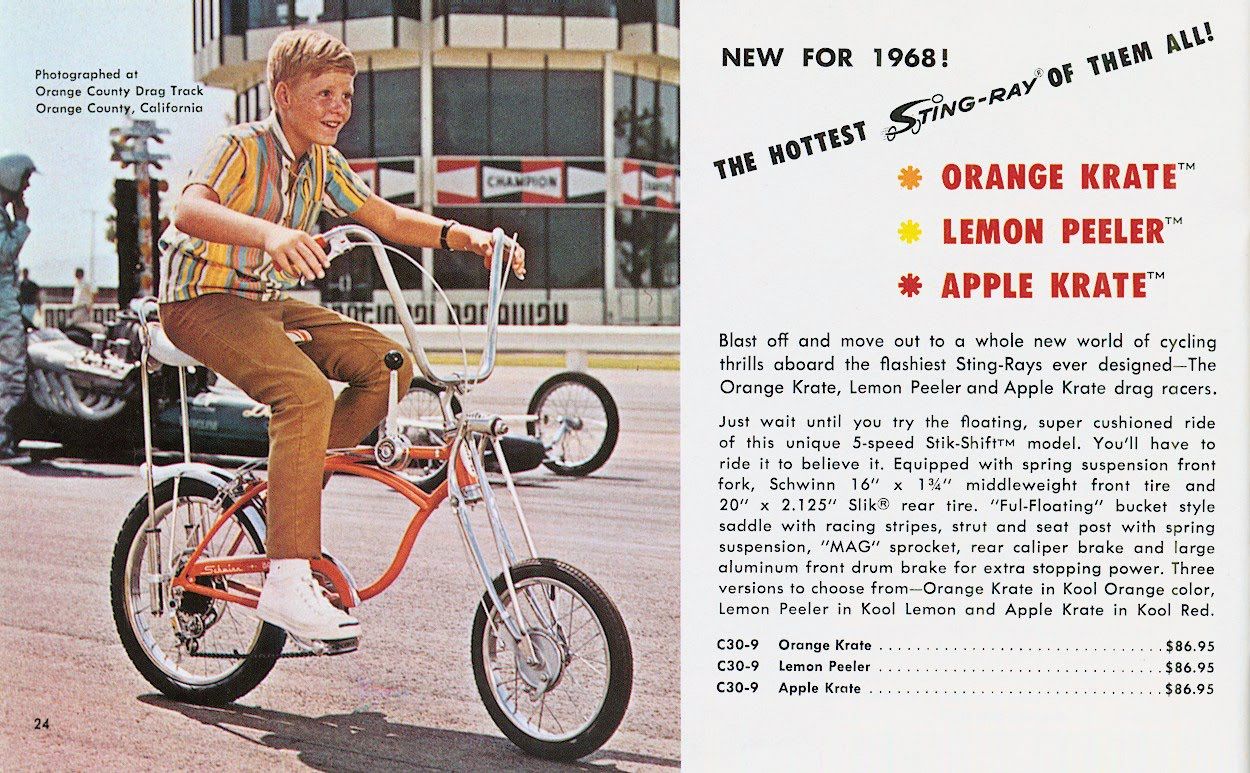 Today, the bikes are becoming popular again because of shows like Stranger Things, which has the Grey Ghost as Mike’s preferred set of wheels.

Celebrate the 50th anniversary of the Schwinn Pea Picker with this limited-edition replica of the classic 1968 design. With an aesthetic descended from drag racers and rocket ships, the Pea Picker oozes more vintage flare than your favorite retro binge watch. Revel in #throwback glory with the curvilinear Sting-Ray style frame in iconic orange. The Pea Picker also features authentic details like the high-rise ape handlebar, banana seat, and rear “sissy” bar. Plus, the sissy bar adjustability allows this bike to accommodate a variety of riders, from kids to adults. Front and rear fenders add to the classic styling while keeping you clean and dry in damp weather. A 16″ front wheel and 20″ rear wheel with a Sting-Ray Slick tire are great for street riding, while the intuitive coaster brake provides reliable smooth stopping. This limited edition run of 500 includes a commemorative booklet and pin with each bike. It’s the envy of the neighborhood – then, now, and always. Don’t miss your chance to own a real Pea Picker and enjoy the freedom of riding a Schwinn. 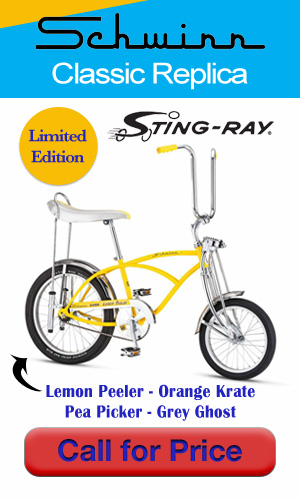 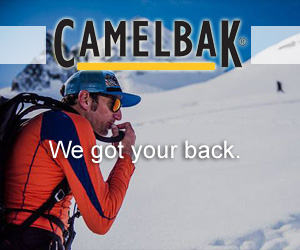